GEM, a Leading Green Enterprise in China, will land on the Swiss Exchange 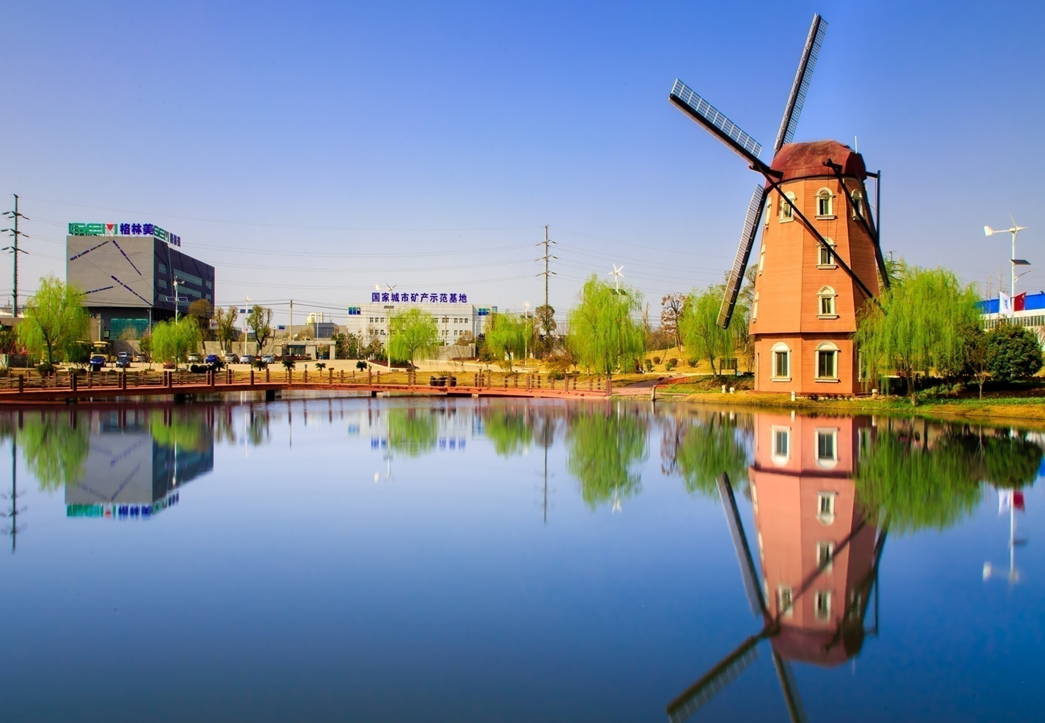 As early as April 30, 2022, GEM announced that the company plan to issue GDR and to be listed on the SIX, which would be used to support their European power battery recycling and power battery material manufacturing projects, the development and operation of overseas nickel resource projects, to promote the company’s international expansion, strengthen international financing channels, and further enhance its global brand influence.

In May 2022, GEM and the Hungarian Consulate General in Shanghai signed an “MOU for Cooperation on Production of High-nickel Precursors for New Energy Vehicles and Recycling of Scrap Power Batteries.” This MOU concerns investment in the production of high-nickel precursors for new energy vehicles and the recycling of end-of-life power batteries, based on the principles of cooperation, mutual trust and ESG value investment. GEM plans to build a Europe-leading, world-standard new energy circular economy industrial base in Hungary which meets the requirements of the EU's new energy industry development for the localization of material manufacturing, and to meet the implementation requirements of the EU’s new battery laws.

An important investment project for the global depository receipt (GDR) issued by GEM and listed on the Swiss Stock Exchange is GEM’s Indonesia Nickel Resources Project. The project is designed to produce 50,000 metal tonnes of nickel intermediaries and 4,000 metal tonnes of cobalt per year from laterite nickel ore, meeting the nickel resource demand of ternary power battery manufacturing. The project adopts green design technology by using low-grade laterite nickel ore (containing 0.8-1.2% nickel) and high-pressure leaching technology (HPAL), which are not currently used in pyrometallurgy. The first phase of the project (with a capacity of 30,000 tons of nickel metal) has been completed.

Therefore, the Indonesian nickel resources project led by GEM is strategically forward-looking and will produce solid economic benefits. According to its public release, the project is expected to add RMB 5.36 billion yuan of sales and 1.06 billion yuan of profit every year once it is completed.

GEM, headquartered in Shenzhen, China, was named some 20 years ago "Green-Eco-Manufacture" by Dr. Xu Kaihua, a professor at a Chinese university. GEM was the first in China to propose a green concept of "limited resources, unlimited recycling". The concept is of a low-carbon recycling industry, with the ideal of resolving the dual contradiction between environmental pollution and resource shortages by exploiting urban mines and developing new energy materials, and thus also leading to global greenhouse gas emission reduction.

Over the past 20 years, GEM has continuously explored the green development model of "exploiting urban mines + new energy materials", built an urban mines system centered on Chinese cities, and strived to achieve "Recycling for future!". The company started from recycling mobile phone batteries and nickel, cobalt and tungsten resources, to recycling electronic waste and end-of-life vehicles, to recycling waste power batteries and cascade utilization and remanufacturing of power batteries, and then to manufacturing ternary power batteries and 3C batteries,. 16 recycling industry factories have been built in 11 provinces and cities in China, and a recycling cooperation relationship has been established with nearly 500 million people in China, with a green footprint covering 9 million square kilometers. Over the past 10 years, the cumulative recycling and disposal of waste by GEM has exceeded 32 million tons. The total amount of scrapped home appliances recovered and processed by GEM is more than 75 million units, accounting for more than 10% of the total amount of scrap in China. The total amount of cobalt resources recovered exceeds 30,000 tons, which exceeds 200% of the original cobalt mining in China and accounts for 20% of global cobalt resource recovery. The total amount of nickel resource recovered exceeds 60,000 tons, accounting for 8% of China's primary nickel mining volume. The total recovery of tungsten resource exceeds 30,000 tons, accounting for 5% of China's original tungsten mining volume. GEM has reduced carbon emissions by more than 2 million tons for the world, planted more than 6,000 mu of trees, saved more than 3 million barrels of oil, reduced deforestation by 3,000 hectares, and reduced soil pollution by more than 20,000 square kilometers. GEM has built a set of world-leading power battery recycling bases in China, with annual waste batteries recycling accounting for about 10% of China's total. GEM has also built power battery recycling plants in South Korea and Indonesia, and established recycling cooperation with more than 500 battery plants and car factories in the world. The recycled ternary "core" materials are equipped on 15% of the world's ternary battery new energy vehicles. 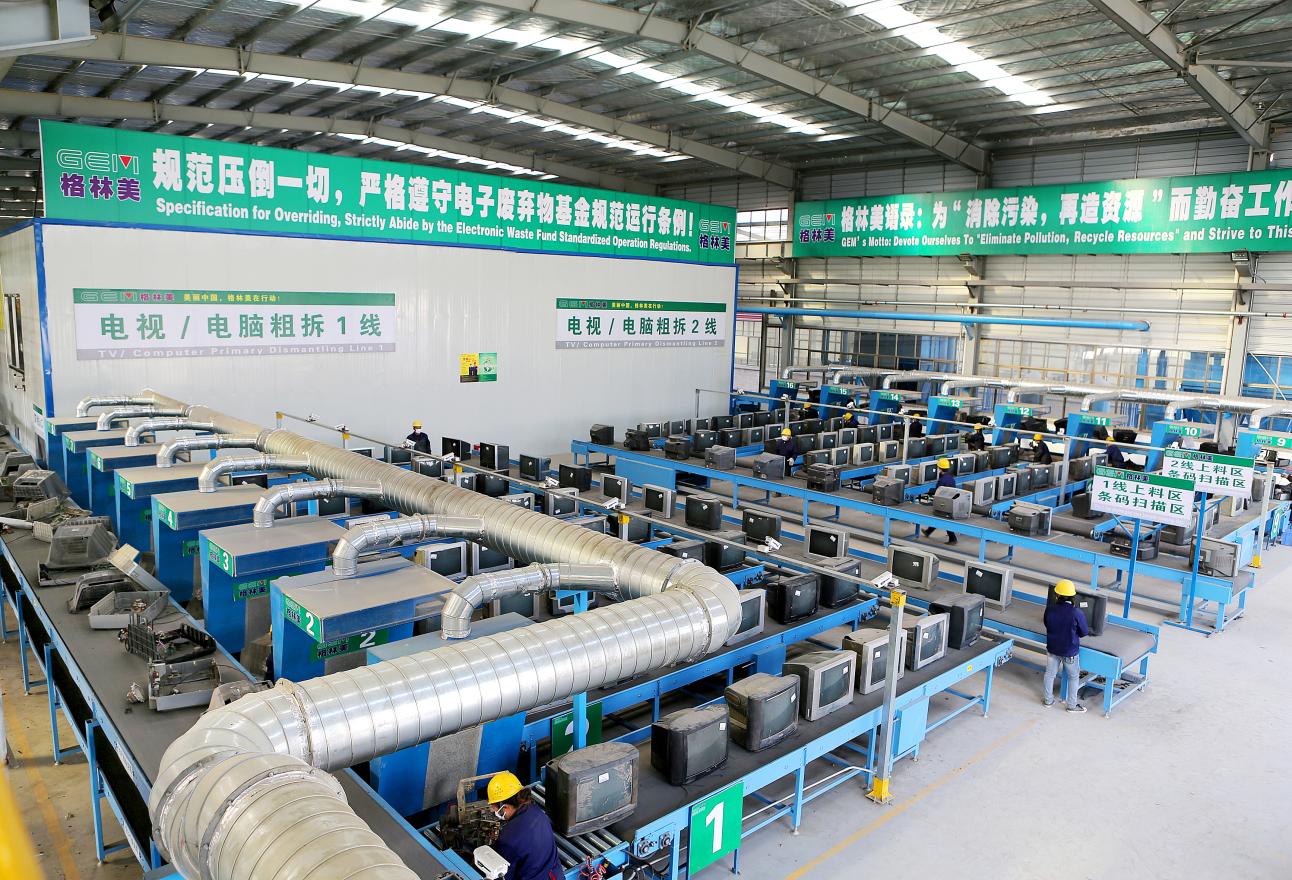 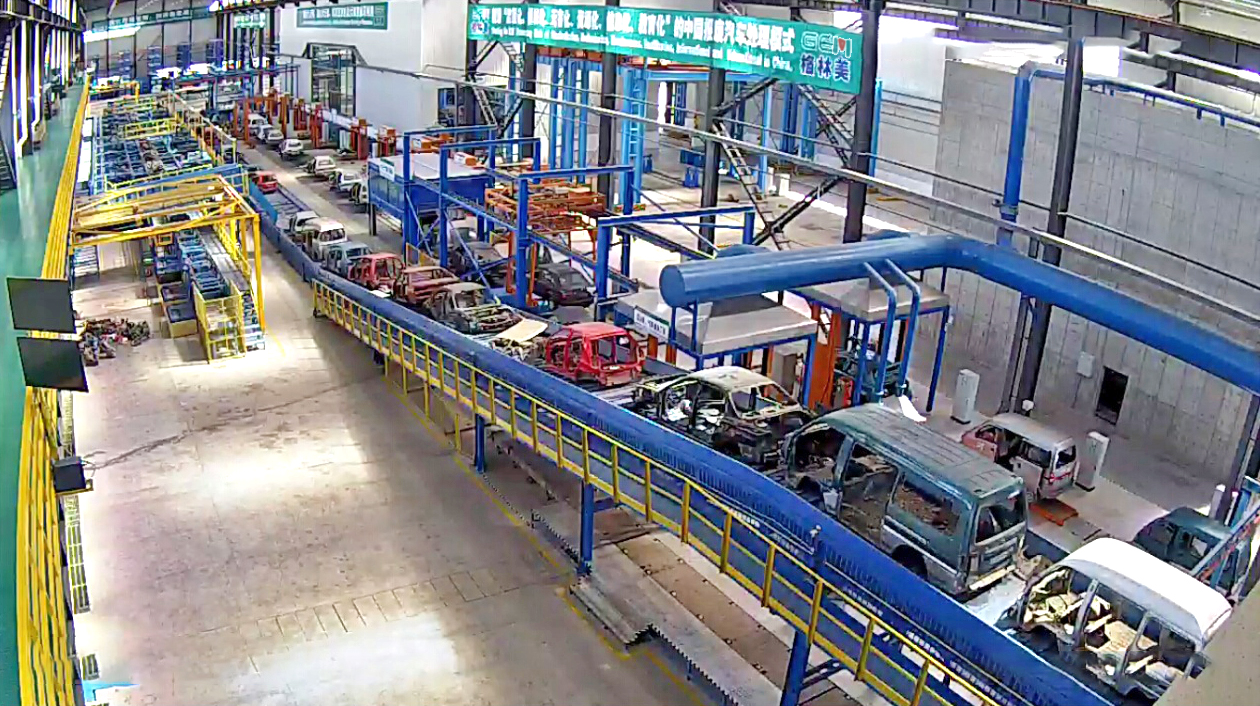 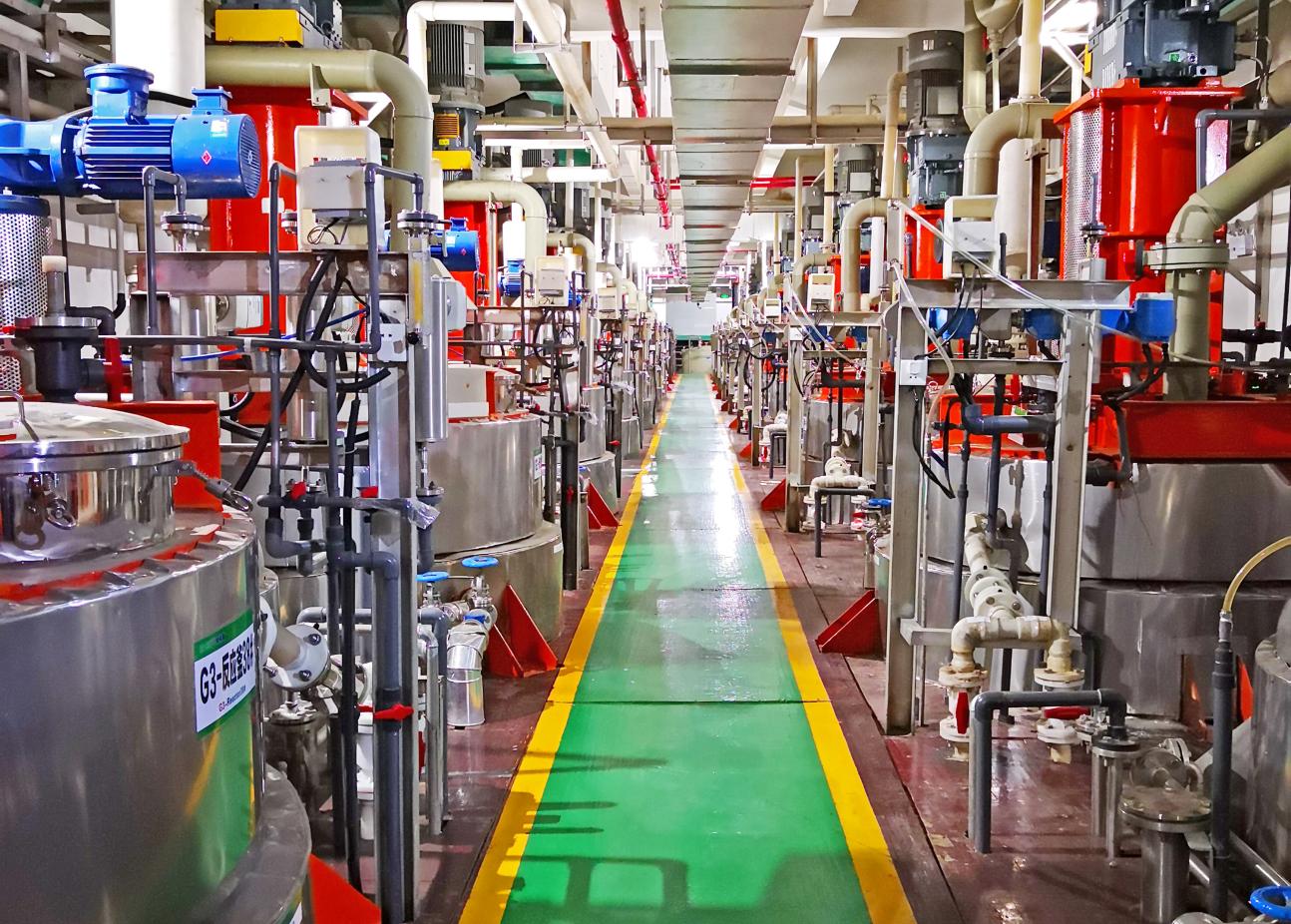 GEM’s circular economy industrial practices have also been widely recognized around the world. It has built a green supply chain relationship with many world-renowned enterprises. GEM has won the "Global Circular Economy Multinational Corporation Award" in Davos in 2018 and the "Paulson Sustainable Development Award" in 2020.

In 2021, with the gradual release of the company's production capacity, and significant increase in operating efficiency, GEM’s operating revenue reached 19.301 billion RMB, up 54.83% YOY; net profit was 923 million RMB, up 123.82% YOY. Since being listed in 2010, GEM has continued to achieve rapid growth and soaring performance. Its operating income grew by nearly 34 times, net profit by nearly 11 times, net assets by more than 13 times. 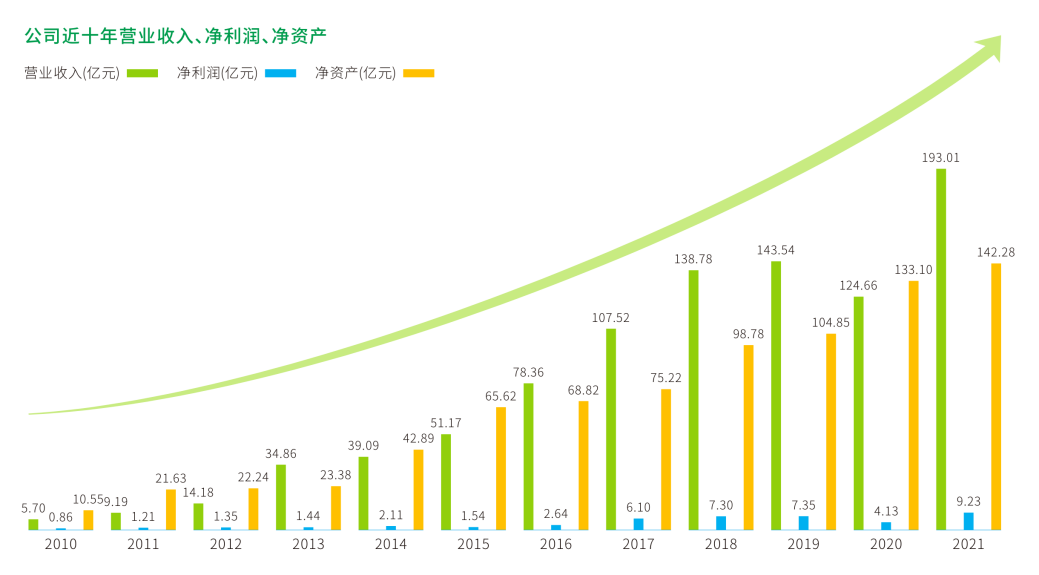 Figure 6 Operating income, net profit and net assets over the past decade

Taking the high-speed rail of green development, the future performance of high growth can be expected

Over the next five years, the dual-track green strategy of "mining urban mines + developing new energy materials" will seize the once-in-a-century rapid development of new energy and the peak of China's waste scrap, stride on the high-growth development channel, and create good investment value for global investors. For 2026, GEM sales revenues will strive to exceed 80 billion Yuan, with reduced carbon dioxide emissions of 1 million tons. This will result in an upgrade from "turning waste into treasure" to "turning waste into a carbon sink," breaking through the green value upgrading of the company from selling renewable resources to selling "carbon sinks", thus creating the world’s leading enterprise group in green development! 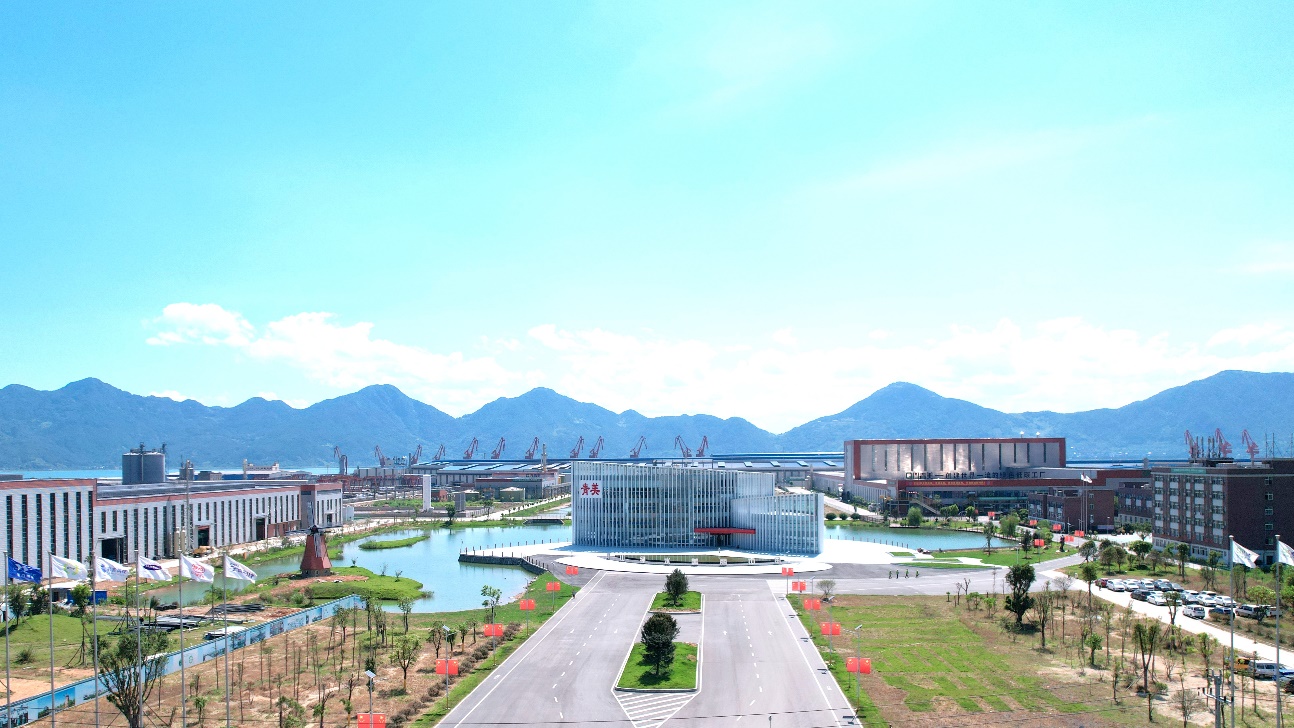